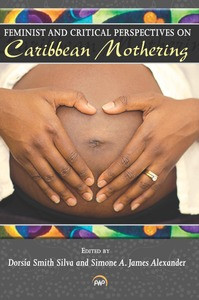 Mothering has been a recurring theme in the work of many women writers and Caribbean women writers are no exception. Furthering this dialogue, Feminist and Critical Perspectives on Caribbean Mothering not only accentuates the varied representations of mothering and motherhood but also challenges traditional interpretations of mothering.  Thus, the volume comprises of a collection of essays, which examine the multiple definitions and images of mothering and motherhood—from childbirth as the initial site to surrogate, communal, and extended parenthood in the stories of generations of women that include grandmothers, godmothers, sisters and aunts.  Writing out of their numerous cultural, political, social, spiritual, and economic worlds, these Caribbean mothers bring needed attention to their endurance of social class, language, cultural chauvinism, physical and psychological exile, racial politics, and colonial sovereignty barriers.  Through this mapping of various perspectives, Caribbean mothers can finally project their own stories and simultaneously challenge pervasive stereotypes and historical and cultural omissions.  The presence of their voices in ethnographies, personal or autobiographical narratives, oral history, and literature capture their mothering identity, customs, and practices in a full spectrum of Caribbeanness.

Feminist and Critical Perspectives onCaribbean Mothering is divided into three sections.  In Section I,“Tell a Tale: Personal Narratives,” writers explore through personal narratives how the various definitions of mothering and motherhood transform and redefine the larger cultural landscape in which we live.  In this, they examine the complex dimensions of mothering, motherhood, maternal identity, and the broader social, political, and cultural spheres.  The authors in this section are Patricia Powell, Carole Boyce Davies, Opal Palmer Adisa, Geta LeSeur, and Dorsía Smith Silva.

Section II, “Mothering Connections: Communities, Kinship, and Migration,” addresses transnational mothering and confronts the entrenched complexities in mothering emerging from the Caribbean’s connection to various communities, members of kinship, and paths of migration.  The contributors illustrate how mothering and mothering practices can function as both a site of community dis/empowerment and celebration and contestation of kinship and migration.  The authors in this section are Denise Gaspard-Richards, Erica Lawson, J. Selene Zander, Velma Pollard, and Charmaine Crawford.

The essays in Section III, “Representations of Caribbean Mothering in Literature,” interrogate the literary texts and how they image motherhood and mothering practices.  The authors in this section are Antonia MacDonald, Simone James Alexander, Irune del Rio Gabiola, and Kristen Lillvis.

SIMONE A. JAMES ALEXANDER is Professor of English at Seton Hall University, New Jersey.  Her book Mother Imagery in the Novels of Afro-Caribbean Women was published by the University of Missouri Press (2001).  Her most recent article “M/Othering the Nation: Women’s Bodies as Nationalist Trope in Edwidge Danticat’s Breath, Eyes, Memory appeared in African American Review.  Other publications include “Bearing Witness: De/Cultivating Violence in Edwidge Danticat’s The Farming of Bones” and “‘Two Bo-Rat Can’t Live in the Same Hole’: Revis(ion)ing Indo-Caribbean Female Subjectivity in Ramabai Espinet’s The Swinging Bridge.  Her manuscript, Migrating Diasporic Bodies: Politics of Resistance, Survival and Citizenship in Caribbean Women's Narrative is currently under review for publication.