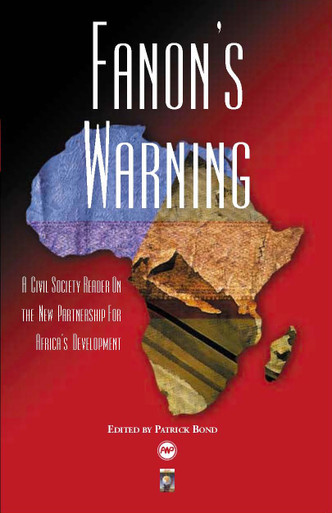 Is the New Partnership for Africa's Development (NEPAD) a genuine blueprint for Africa's recovery? The question arises not least because some things don't add up. NEPAD argues that if Africa's "enormous potential and human resources are properly harnessed and utilized, it could lead to equitable and sustainable growth of the continent as well as enhance its rapid integration into the world economy." As many of the contributions in this reader show, the evidence thus far is that "equitable and sustainable growth" and Africa's "rapid integration into the world economy are increasingly counterposed.

Allegedly voicing the popular will, NEPADs authors present NEPAD as Africa's "partnership" with world leaders. The partners that they would woo are the same leaders who preach to Africa about the virtues of free trade while preserving the enormous protections they give to their industrial and agricultural corporations, in open contempt of the WTO, which is supposed to regulate and enforce fair play. Skepticism about corporate-driven globalization is a thread running through the first round of civil society critiques of NEPAD. This book reproduces commentary from major social movements, trade unions, progressive intellectuals and other community leaders. It also includes the original NEPAD and a paragraph-by-paragraph annotated critique.

Does NEPAD simply represent an extension of neo-colonial globalization? Is it a mask for the partnership Frantz Fanon warned against forty years ago? In his book, The Wretched of the Earth, Fanon drew attention to a relationship forged by an African leadership which identifies "with the decadence of the bourgeoisie of the West. We need not think that it is jumping ahead; it is in fact beginning at the end. It is already senile before it has come to know the petulance, the fearlessness, or the will to succeed of youth."

ABOUT THE EDITOR
PATRICK BOND is a research associate with the Alternative Information and Development Centre and a professor at the University of the Witwatersrand in Johannesburg.