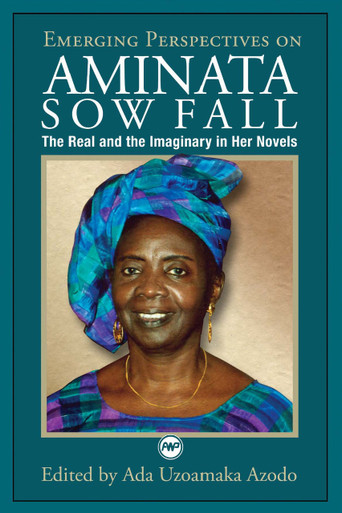 For Aminata Sow Fall, writing is subversive because it poses questions that need answers. So, for her, the writer’s role is not to moralize, but rather to raise questions to which readers may react. For this reason, characterization is very important and the readers must investigate characters for authorial messages. Thanks to the writing of Aminata Sow Fall, readers or critics can enter the discourse with their own understanding of the text, for a true communion and experience.

This concise text explores an encounter between the real and the imaginary in Aminata Sow Fall’s oeuvre in which neither term is quite distinct from the other, yet maps a new possibility in human endeavor well beyond the target audience of undergraduate and graduate students to general readers with interest in realism, fantasy, and the esoteric. The contributors, Ada Uzoamaka Azodo, Lucy M. Schwartz, Kahiudi C. Mabana, Jeanne-Sarah de Larquier, Mame S. Diouf Ndiaye, Marco D. Roman, and Léa Kalaora, demonstrate this writer’s unique intervention in literary creation where realism and heroism merge.

ABOUT THE EDITOR
ADA UZOAMAKA AZODO is Associate Faculty of African and African Diaspora Studies (AADS) in Department of Minority Studies and the Women’s Studies at Indiana University Northwest at Gary. She has published many critical and scholarly articles, book chapters, and single-authored and edited volumes, including L’imaginaire dans les romans de Camara Laye (Peter Lang), Emerging Perspectives on Ama Ata Aidoo, Emerging Perspectives on Mariama Bâ, and Gender and Sexuality in African Literature and Film (AWP).