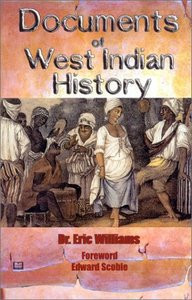 Dr. Eric Williams was Prime Minister of Trinidad and Tobago from 1961 until his death in 1981. He built his reputation as a historian as Professor of Political and Social Science at Howard University, before turning to active politic, founding the People's National movement and leading Trinidad and Tobago to independence in 1962. His other books include History of the People of Trinidad and Tobago; British Historians and the West Indies; Inward Hunger--the Education of a Primer Minister; From Columbus to Castro--the History of the Caribbean 1492-1969; The Negro in the Caribbean; Capitalism and Slavery. Dr. Williams left behind a tremendous legacy of his writings for the people of the Caribbean. His writings remain relevant today no only for the Caribbean but the entire world.

CATEGORIES
History, A & B Publishers Group