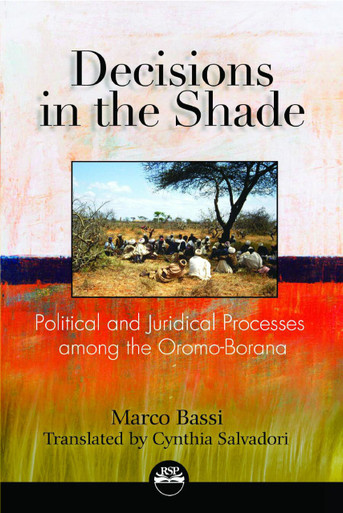 Due to the debate that has developed around the political significance of their Gada system of generational classes, the Oromo-Borana (a pastoral people living in Ethiopia and Kenya) have become a classic reference of comparative anthropology. In this study the author looks at the subject from the point of view of the dynamics that characterize Borana decision-making, brought to light through rigorous ethnographic investigation.

ABOUT THE AUTHOR
MARCO BASSI has been engaged in systematic study of Oromo culture and society since 1983, doing fieldwork first among the Borana of Kenya (1983 and 1986) and subsequently among the Borana of Ethiopia (1989 and 1990). He has later been concerned with problems of development biodiversity conservation and international and ethnic relations in the Horn of Africa. He has been Visiting Professor in Anthropology at Addis Ababa University and he is currently Adjunct Professor of Anthropology at Bologna University and Professional Lecturer in International Development at the Johns Hopkins SAIS Bologna Center.