DAMBUDZO MARECHERA: A Source Book of his Life and Work, by Flora Veit-Wild 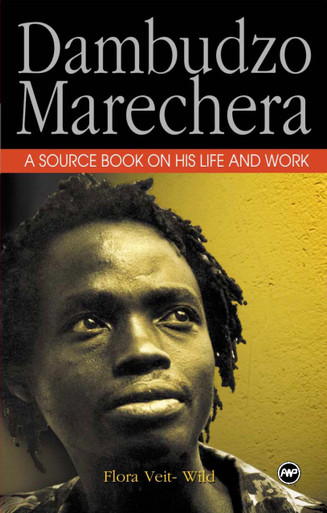 DAMBUDZO MARECHERA: A Source Book of his Life and Work, by Flora Veit-Wild

Years after his death, Dambudzo Marechera is still one of the most exciting and subversive writers Africa has produced. A cult hero for young Zimbabweans and a thorn in the flesh of officialdom, Marechera continues to inspire and disturb.

In this documentary reader, Flora Veit-Wild offers a multi-faceted portrait of a man whose life was as tortured as his fiction. Through a wide-ranging collection of personal interviews, memoirs by friends and fellow writers like Nadine Gordimer, previously unpublished manuscripts, photographs and memorabilia she explores the man and the myth.

The book resounds with Marecheras own voice. It begins with a fascinating interview in which, with characteristic wit and honesty, he discusses his background and work. Subsequent chapters chronicle the major periods of his life: a poverty stricken childhood in Rhodesia, involvement in student unrest and expulsion from university, his return to Zimbabwe as a prophetic but rejected critic of post-colonial society. The final chapter draws on obituaries and tributes to assess his role in contemporary Zimbabwe. The reader is left with a contradictory, haunting image of a writer whose explosive creativity was equaled only by his urge for self-destruction.

This is not only the most comprehensive study of Marechera yet published, but an eloquent biography of a whole generation: those Zimbabweans who grew up under the Smith regime, experienced the loneliness of exile, and returned to taste the bitter fruits of independence. The book, with its extensive bibliography and array of previously inaccessible primary and secondary sources, is an invaluable resource for anyone interested in contemporary African literature.

ABOUT THE AUTHOR
FLORA VEIT-WILD is a professor of African literature at Humboldt University in Berlin. She is co-editor of Emerging Perspectives on Dambudzo Marechera (Africa World Press, 1999).