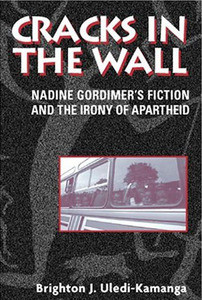 This book focuses on Nadine Gordimer’s fictional depiction of South African society under the apartheid system. Through a chronological study of the pre-1994 novels and short stories, the book shows how Gordimer scrutinizes the various stages of the society from the introduction of the apartheid system in the late forties to its abolition in the early nineties.

The first chapter outlines the introduction of the apartheid system in South Africa in 1948 and relates its contradictions to those depicted in some of Gordimer’s early fiction. Chapter two focuses on the author’s portrayal of the failure of liberal South Africans to change the system in the first two decades of its existence. This discussion is also based on Gordimer’s early works. In Chapter three, the author examines the themes of futility and despair as presented in Burger’s Daughter (1979). These themes are shown to reflect the political mood in South Africa during the sixties and seventies when apartheid appeared invincible after all forms of internal opposition had been silenced following the Sharpeville Massacre of 1960. The option of armed struggle forced upon anti-apartheid groups from 1960 onwards is the subject of chapter four, and in chapter five, the resurgence of internal resistance to apartheid and the gradual decline of the system in the 1980s are discussed. Finally, chapter six focuses on “A Sport of Nature” (1987) and analyzes Gordimer’s comprehensive and unified depiction of the anti-apartheid struggle led by the ANC between the fifties and nineties.

In this book, Uledi-Kamanga engages in close textual analysis of Gordimer’s novels and short stories with specific focus on her use of irony as a central mode of literary exposition. He argues that through the use of this mode Gordimer was able to expose the various contradictions created by the apartheid system in South Africa and to predict its eventual collapse. By combining literary criticism with social history, Uledi-Kamanga has written a book that is relevant to both historians and literary scholars.

ABOUT THE AUTHOR
BRIGHTON J. ULEDI-KAMANGA is a senior lecturer in English at the University of Malawi. He is the former editor of The Journal of Humanities, and he has published journal articles and book chapters on Malawian literature, the fiction of Nadine Gordimer, Bessie Head, and Paul Tiyambe Zeleza, and on the poetry of Jack Mapanje.