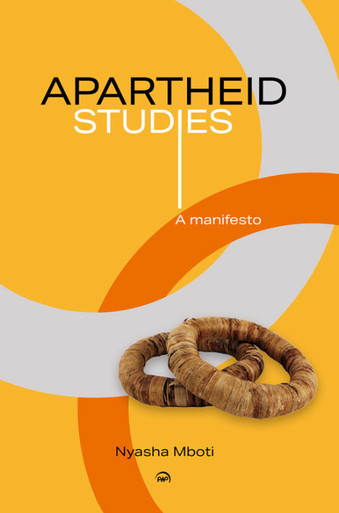 This long-awaited, ground-breaking work is a book unlike any other. Apartheid Studies: A Manifesto is a monumental and authoritative study of the phenomenon of apartheid and its prevalence in the world. It proposes the establishment of an interdisciplinary new field of study from the global south known as apartheid studies (AS). The Manifesto is truly a landmark. It is the founding document and constitutive invitation to the first-of-its-kind, formal study of apartheid. We are shown, with amazing depth and clarity, that apartheid takes forms that are very different to what we have been told or what we ordinarily assume. For the first time, apartheid is systematically defined, and its full range of meanings, tendencies, and applications examined. How does oppression persist? The answer is found in the exposition, construct, theoretical framework, and paradigm of apartheid. In Apartheid Studies: A Manifesto, Nyasha Mboti has developed the world’s first general theory of apartheid – an original theory and methodology of how oppression, harm, injustice, poverty, loss, and inequality persist. Mboti demonstrates that apartheid is the highest stage of oppression. It functions by allocating differential rates of oppression to human beings such that no two people in the world can experience oppression the same way or at the same rate. These differences constitute what Mboti calls the rate of oppression (ROp), the careful analysis of which is fundamental in understanding the persistence of oppression and how to undo apartheid. By the Manifesto’s end, we have a fully-fledged, careful, and complete theoretical framework composed of more than one hundred tenets and constructs that invite new ways of thinking clearly about our modern times and our role and place in the world. This daring book and the exciting field of study it maps and pioneers have been long overdue. Apartheid studies as a field and as a practice will fundamentally alter our understanding of why things are the way they are in the world, and what to do about it.

Nyasha Mboti is the founder and pioneer of apartheid studies (AS). He is an Associate Professor and Head of Department of Communication Science at the University of the Free State, Bloemfontein, South Africa. He lives in Johannesburg.

This is ground-breaking work. Nyasha Mboti has done a significant service to all those concerned about apartheid’s continuing existence. He has produced truly excellent work proposing that apartheid in its different forms can be thought of as a global theoretical framework.                                   Prof. Edna Raquel Hogemann, Federal University of the State of Rio de Janeiro