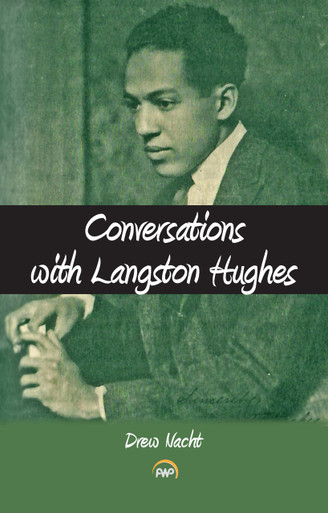 All of the poems in My Conversation with Langston Hughes follow the same theme: the reaction to social injustice that permeates the everyday experiences of African Americans as they navigate life in the inner cities. The city of Chicago was the model that was imagined for each of the poems but it could just as well have been any American inner city with a significant black population. The poems speak to the suffering and hardship at the hands of prejudice but also to the hopes and dreams of a resilient people who have a such unique history in the ongoing story of America. The composer of all of the poems is imagined as a young black male who speaks his truth in the language of the streets he knows so well.

Drew Nacht’s childhood hero, Dr.  Martin Luther King Jr., was assassinated on his birthday and Nacht has been active in a Unitarian Congregation as well as a supporter of programs which offer a second chance at life for those who enroll.  Between his Jewish background and personal experience with race and anti-Semitism, as well as his life experiences, he has developed a unique empathy for communities of color.  From his poetry one almost gets the sense he had two childhoods—one from his parents, and one from his years in self-imposed poverty—and if it is true, as the British actor, Peter Ustinov has said that “parents are the bones on which children sharpen their teeth” then Drew Nacht’s poetry gnaws at the bones of our existence as a nation.
— from the Introduction by Zebulon V. Miletsky