CALL ME BY MY RIGHTFUL NAME, by Isidore Okpewho 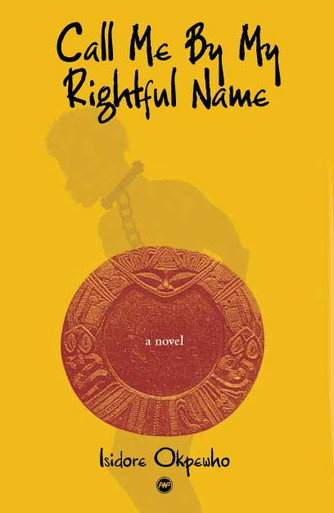 CALL ME BY MY RIGHTFUL NAME, by Isidore Okpewho

A young African American (Otis Hampton) falls into periodic spasms and chants a text nobody understands. His troubled family seeks help. The text, recorded by a psychiatrist and deciphered by linguists, is found to be a corrupted family chant from the Yoruba of Nigeria. The doctor advises a trip to that ethnic region. The spiritual voices that have been summoning Otis finally bring him, after some alarming experiences in the journey from America through the Nigerian hinterland, to the very spot where his ancestor was enslaved over a century before. The recorded chant helps to locate the mans surviving kin nearby. Otis is persuaded to remain in the village for nearly two years, during which, despite the resurgence of old antagonisms towards his family, he learns the language and culture of the place and joins in completing the rites his ancestor was performing when he was captured by slavers. Armed with a recovered identity and a chastened wisdom in African culture, Otis finally returns to the U.S. to play his part in the civil rights struggle of the time (the 1960s).

I read Call Me By My Rightful Name in a seamless twelve hours! Youve got a great books hereskill, narrative interest, tension, context, characterization, hope, detail, and point. With the contributions from Africa (Yoruba culture) and the Diaspora (Caribbean and African American cultures) as well as insights on postcolonial creolization, the novel is a quite remarkable continuation of Alex Haleys work.

This is an astonishing story about the tenacity of memory and its power to wound and heal; a saga of departure and return, of the loss and recovery of the personal and racial self. Told with poise and stylistic versatility ranging from the chatty dialect of American basketball to the gnomic intensity of Ifa divination, this is a Black Diaspora story that is complex and richly human. A truly remarkable story.

ABOUT THE AUTHOR
ISIDORE OKPEWHO teaches at the State University of New York, Binghamton. He has published numerous works on African oral literature and three novels, the latest of which, Tides, won the Commonwealth Writers Prize for Africa in 1993. In Call Me By My Rightful Name, the scholar of oral traditions and the novelist enjoy a skillful union.