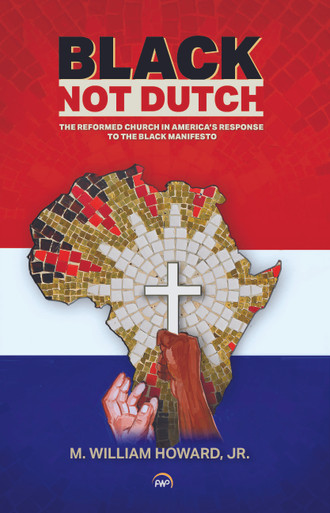 This book is an important account of a critical struggle for equity, inclusion and reparation of African Americans in a historic ethnic church in America and beyond.

The Reformed (Dutch) Church in America (RCA) traces its origins back to 1628, making it one of the oldest Protestant churches in the United States. This book is an account of how this overwhelmingly ethnic denomination, when confronted by the Black Manifesto’s 1969 demand for reparations over its historic role in the trans-Atlantic slave trade, and its support for the system of chattel slavery, reacted and struggled through the years.

This demand arose mainly due to the challenges of increasing Black membership in its congregations. The inevitable demand for equitable participation by these new members impacted the RCA’s identity and mission.

Anchoring the narrative, the analysis on the period from 1969 to the mid-1980s, the author touches upon important social movements inside and outside the church, most notably the struggle to dismantle apartheid, the system of white minority rule in South Africa. The system of apartheid in South Africa was of a special significance to the RCA, given the role of the Dutch Reformed Church in South Africa in creating and perpetuating the apartheid system.

Starting from the Black Manifesto of 1969, the struggle of the RCA’s African American membership for equity and reparations was heightened and continued in stride in the anti-apartheid struggle of the 1980’s.

The Reverend M. William Howard, Jr., DD, LLD, LHD, is an American cleric, former college president, and community and business leader. He is known for his involvement in international affairs, especially within the Middle East and Southern Africa. He was pastor of the Bethany Baptist Church in Newark, New Jersey until the close of 2015. He served as leading member in a number of high profile international missions, including conducting Christmas services for US personnel being held hostage in Iran in 1979; helping to organize a successful appeal for the release of a US navy pilot held by the Syrian government in 1983; ranking member of the first ecumenical delegation to China following the Cultural Revolution, and participant in the first ecumenical delegation to Cuba hosted by the Cuban Christian Council in 1977.