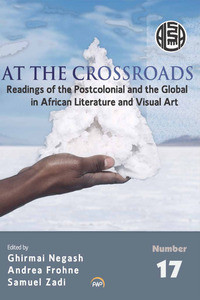 Recent criticism on African literature and visual art, affected by contemporary global socio-economic and political influences, has been moving away from a singular focus on postcolonial theory towards notions of transnationalism. There have been visible critical attempts that question the relevance of postcolonial critique, while various globally oriented critical approaches have emerged, complicating the notion of postcoloniality as we have known it.

This edited book consists of essays and critical articles that demonstrate this critical shift. They reveal the complex relationship of postcolonial African artists and writers to the “old home” (Africa) and “the new home” (the West), and how they navigate their art and cultural activism in a global context. The chapters illustrate how contemporary African literature and visual art are characterized by the imbricated connections of the postcolonial and the global, which at the same time enable and delineate their production and distribution.

At the Crossroads: Readings of the Postcolonial and the Global in African Literature and Visual Art originates from the African Literature Association (ALA) Conference (2011), held at Ohio University. It includes writings by prominent African filmmakers, writers, and critics as well as those by younger scholars who are invigorating the field with contributions that reflect the rapidly changing contours of the critical landscape.

GHIRMAI NEGASH is a Professor of English and African Literature at Ohio University.

ANDREA FROHNEis an associate professor of African art history at Ohio University in the School of Interdisciplinary Arts and the School of Art.

SAMUEL ZADI teaches at the University of Texas, San Antonio.