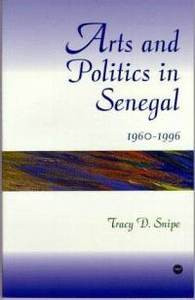 This book explores the dynamic relationship between politics and the arts in the planning and in the implementation of Senegalese cultural policy since 1960. It examines political reactions to the arts in Senegal, comparing and contrasting the cultural policies of President Leopold Sedar Senghor and President Abdou Diouf. An overview of the French colonial administration and cultural policy in Senegal serve as a background for the central study. The arts have the ability to animate politics, and this text analyzes how and why these two disparate channels came together in such a compelling way, especially in the first decade of Senegal's independence under the leadership of President Senghor.

Known for its lively and influential intelligentsia, Senegal is perhaps the ideal country in which to examine the connection between politics and the arts whicha had an impressive impact on the state's identity. Shortly after independence, numerous overtures were made towards the creation of a national culture as a result of the direct contribution of the state and Senegalese artists.