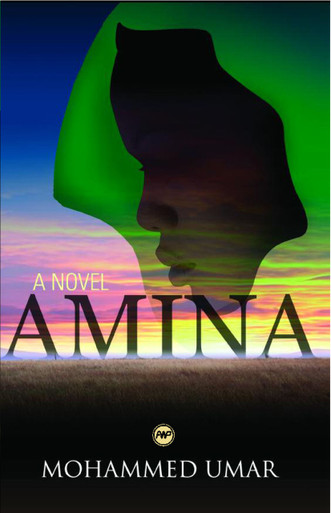 Novels in English by northern Nigerian writers are few, so the arrival of a new one is an exciting literary event. This dramatic story of the efforts of the heroine and her friends to bring about change in the social conditions of women in Nigeria addresses pressing political issues which rarely appear in fiction--the legal status of Muslim women, the limitations imposed on them by traditional and religious conventions, the restrictions on their economic activities, the effects of a corrupt patriarchal system on the society at large and women in particular, the humiliations visited on women as a result of unquestioned male power in personal relationships--from a woman's point of view. Ingeniously conceived and deftly written, this is a story about the emancipation of women in Nigeria from within. Not simply a social document, it engages the reader's sympathy through its portrayal of the attractive and believable woman after whom it is titled--Amina.

"Amina" is a timely novel, and the execution of the narrative is so convincingly crafted that parallels with the historical legendary life of the 16th century Hausa ruler and famous warrior Queen Amina of Zazzau seem unavoidable. The novel leaves you feeling that there is hope for change in Nigeria.

"...a refreshing and intelligent piece of work."

"...a positive and inspirational story...This book did what a story is supposed to do -- take the reader on a journey and hopefully teach and enlighten along the way."

"Mohammad Umar provides us with deep insights into what it is like to be a woman in a male-dominated world, where their own cultural values and beliefs are forced into the society as part of 'Islamic values and beliefs.'

"But Amina, the main character is determined to rediscover her full rights as human and a Muslim woman. This novel is a torch of hope for all oppressed women in the Muslim world, in their fierce but not long battle against inequality, discrimination, prejudice, abuse, and humiliation."

ABOUT THE AUTHOR
MOHAMMED KABIR UMAR was born in July 1958 in Azare, Bauchi State, Nigeria. He holds an MA degree in Journalism from Moscow State University (1991) and another MA degree in Political Economy from Middlesex University in the UK (1995). He has also studied Law and International Relations in various institutions in the United Kingdom. Mohammed Umar studied political science at the Ahmadu Bello University, Zaria, Nigeria before he was expelled from the institution in 1981. He worked as a journalist at the Bauchi State Radio, and then with the Triumph Newspapers Ltd in Kano, Nigeria. He is married with three children. He lives and works in London. This is his first novel.