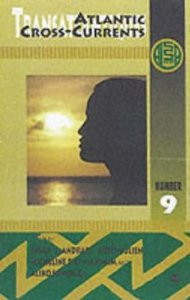 Taken from a poem by Niyi Osundare, “Atlantic Cross Currents/Transatlantiques” was the theme of the 1993 meeting of the African Literature Association which was held in Guadeloupe. This term suggested the movement of people, languages, cultures, and ideas, all of the themes that should be highlighted in the ALA’s first meeting in the Caribbean. The year 1993 marked the quincentennial of Colombus’ voyage to Guadeloupe. Rather than engage entrenched notions of “discovery,” ALA members were especially mindful of the coerced movement of millions of Africans through the Middle Passage and their forced entry into brutal servitude in the Americas.

The Caribbean has since served as a crucible for major intellectual movements of black resistance and empowerment, from négritude and Pan-Africanism to créolité. Guadeloupe thus seemed to make plain the necessity of conference participants’ reading between the continents to grasp the movement of peoples and cultures not only as an historical reality, but as an ongoing phenomenon that continues to shape the Caribbean and the lands on either side.

ABOUT THE EDITORS
SUSAN Z. ANDRADE teaches African and Caribbean literary and cultural studies, European travel narratives, and postcolonial and feminist theories in the English Department at the University of Pittsburgh.

EILEEN JULIEN is a professor of French and Comparative Literature at Indiana University.

MICHELINE RICE-MAXIMIN teaches literatures of French expression from Africa, the Caribbean, and France at Swathmore College.

ALIKO SONGOLO is a professor of French and African languages and literatures at the University of Wisconsin-Madison.