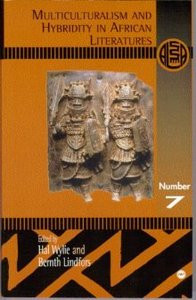 This volume of essays covers all phases and geographical areas of African Literature, including lesser known areas such oral literature, literature written in African language and Lusophone writing. The more studied Francophone and Anglophone literatures are well presented, as are North Africa and the Caribbean. The newest developments in South African theater are described and commented. Two articles on African film are included.

The 1998 conference held in Austin, Texas was the biggest conference ever held by the ALA, and this volume reflects the excitement at the conference.