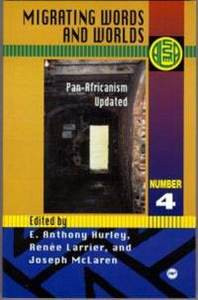 The notion of an African cultural community across ethnic, national, and geographical boundaries has persisted in the imagination of writers, artists, and intellectuals. This idea has been reinforced by the migration of writers of African descent across frontiers of land and language. The very terms African and Pan-African remain sites of intellectual contention, generating a variety of political, literary, and cultural interpretations and ideological positions.

Migrating demonstrates how concepts of Pan-Africanism, which historically were connected with colonialism, racial identity, and African unity, extend the discussion of an Africa that includes the Caribbean, the Americas, and Europe. Indeed this book updates the definitions of Pan-Africanism by focusing especially on literary and cultural perspectives, with special reference to writers from Africa (North, South, East, West), the U.S. and the Caribbean, as well as arabophone, anglophone, francophone, lusophone, and Creole linguistic communities.

ABOUT THE EDITORS
E. ANTHONY HURLEY is assistant professor of French and Africana Studies at the State University of New York of Stony Brook.

RENEE LARRIER is associate professor of French and Women's Studies at Rutgers University.

JOSEPH McLAREN is associate professor of English at Hofstra University.