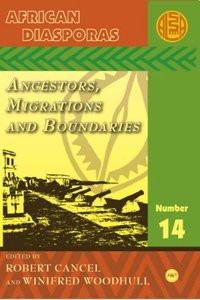 The field of African literary and cultural studies is undergoing significant transformations, in tandem with changes in related academic disciplines and throughout the world at large.  The theme of this volume, “African Diasporas:  Ancestors, Migrations and Boundaries,” at once encourages further exploration of issues that have long been central in scholarship on literature and orature while at the same time forging new ways of conceiving the relationship between African cultures of the past and the present, and their ongoing reconfiguration in a range of diasporic communities that are continually reinventing themselves.  Ours is an age of unprecedented migration not only of labor and commodities but also of peoples—peoples whose innovative cultural activities mediate dislocations, at best making them not only bearable but productive and sometimes even enjoyable.

Scholarship draws on recent developments in cultural studies in order to analyze the potent social forces that are harnessed and given unique expression in literature and popular culture.  As Africans and people of African descent relocate—whether literally or figuratively, voluntarily or by force—they generate new modes of expression that underscore the tangle of contradictions in their national and cultural identities, while also proposing new forms of identification that mesh with their new situation.  Taken together, these essays suggest many new lines of inquiry to be pursued in future work, which will have to address the inequalities perpetuated or spawned by economic globalization, and the ways in which various modes of cultural expression do or do not rise to the task of challenging those inequalities.

ROBERT CANCEL is Associate Professor of African and Comparative Literature at U. C. San Diego.  He has published a book on Tabwa oral narrative traditions, and articles on the works of Ngugi wa Thiong’o, Nadine Gordimer, Ousmane Sembene, Bessie Head, and African cinema.

WINIFRED WOODHULLis Associate Professor of French and Cultural Studies at U. C. San Diego.  A specialist in gender studies and postcolonial studies, she is the author of Transfigurations of the Maghreb (1993) and many articles on French and francophone literature and film.