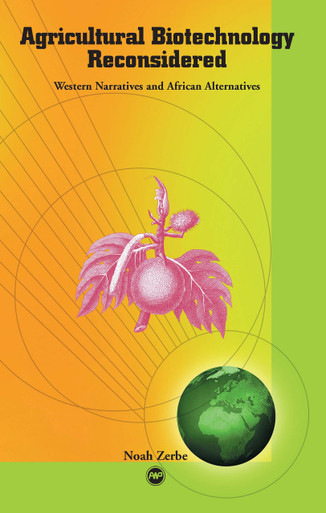 This book explores the conditions of production in agricultural biotechnology. Situating its discussion in theoretical debates on the role of science and technology in global capitalism, the book grounds abstract discussions in a case study of Africa. Adopting the premise that technology is socially mediated, the book explores the way in which biotechnology has developed in the United States from its early beginnings as a field of academic research in molecular biology in the 1950s into a worldwide commercial enterprise that is a major focus of American high technology and competitive advantage.

The globalization and commercialization of biotechnology, which was made possible through the expansion of international intellectual property rights based on Western notions of private property, carry particular implications for Africa. Western narratives portray agricultural biotechnology as a panacea for African underdevelopmenta cure for disease, poverty and malnutrition. But the adoption of agricultural biotechnology in Africa will likely have differential impacts on producers, depending particularly on the capital-intensiveness of their production and the nature of specific biotech products.

ABOUT THE AUTHOR
NOAH ZERBE is Assistant Professor of African and Environmental Politics at Humboldt State University (California) and a fellow at the Centre for Philosophy of Law, Catholic University of Louvain (Belgium). He is the author of numerous articles and papers on environment, biodiversity and governance in Southern Africa.