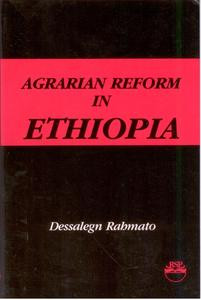 Many changes have taken place in Ethiopia since the mass revolutionary uprisings of the early 1970s. Perhaps among the most important decree implemented by the Haile Selassie regime is that of agrarian reform.

Agriculture is the mainstay of the Ethiopian economy, and a demand for a social revolution in the ownership of land was expressed in the popluar slogan of "Land to the Tiller" during the height of the student movement in the 1960s and the popular uprisings of the early 1970s.

This book is an evaluative study of the impact of agrarian reform in Ethiopia, with particular regional focus on the South.

DESSALEGN RAHMATO is a Research Associate at the Institute of Development Research, Addis Ababa University. He is currently engaged in a study concerned with state and society in modern Ethiopia.