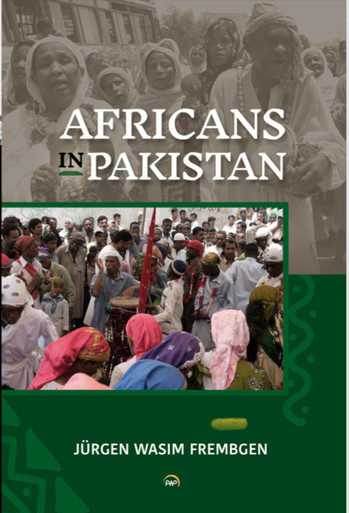 This ethnographic study appreciates the cultural traditions of African-descended communities in the south of Pakistan and is a first endeavour to show that their history, society, religion and everyday practices can be a source of pride for them. Known as Shidis, ‘black’ Baloch and Khaskhelis, Afro-Pakistanis constitute a sizeable minority of around 300,000 souls living on the fringes of one of the world’s most populous multi-ethnic countries – mostly impoverished, socially deprived, and politically disempowered. Their distinct traditions and practices, till now understudied, are shaped by the historical circumstances of trans-oceanic migration. Uprooted from their original homelands in East-, Northeast- and Central Africa, the descendants of former slaves, soldiers and seafarers, but also of free men and women, still preserve their African heritage which significantly contributes to the cultural kaleidoscope and spiritual wealth of Pakistan. Their ‘voices’, understood as reminiscences of distant African lands, are embodied in saints, spirits, songs and drums.

Jürgen Wasim Frembgen, anthropologist, Islamologist, and writer. He is Adjunct Professor emeritus at the Institute of Near and Middle Eastern Studies, Ludwig-Maximilians-University Munich, and retired as senior curator at the Museum Fünf Kontinente in Munich. He had been a visiting professor at the Quaid-i-Azam University in Islamabad, National College of Arts in Lahore, and Ohio State University in Columbus, USA. He conducted ethnographic fieldwork in Pakistan on an annual basis since 1981, as well as in Iran and India. He published widely on Islam, the Sufi tradition, veneration of Muslim saints, art and material culture, the anthropology of the body, social outsiders, and facets of popular culture. In addition to his academic writing he writes narratives about his ethnographic experiences.