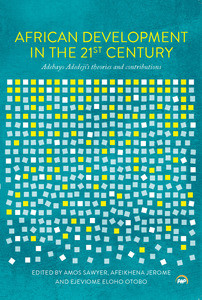 Africa has made remarkable strides since the beginning of the 21st century as a result of sustained efforts by many African leaders and policy-makers. In particular, Adebayo Adedeji can be applauded for his role in helping to shape Africa’s development agenda twenty years ago, at a time when Africa’s political and economic ferment began. His contributions to Africa’s development were wide ranging, particularly during his tenure as Executive Secretary of the United Nations Economic Commission for Africa.

While much of what Adedeji advocated has taken place, key challenges persist. The productive-base of the typical African economy continues to be marked by lack of diversification, with heavy dependence on primary commodities for export income. Dependence on aid remains high, especially in low-income, post-conflict and fragile countries. High food prices, combined with high fuel prices, have triggered riots and political tensions and are potentially laying the foundation for the next debt crisis. In many countries, the science and technological base remains low and the institutional foundation for effective functioning states is weak, leading to poor political and economic outcomes.

This book—written by scholars, policy-makers, policy advisers, former and current senior officials in the United Nations, independent consultants, and leaders of civil society organizations and think-tanks—covers a wide range of policy issues in Africa. The chapters follow two common threads: Adebayo Adedeji’s contributions during his distinguished career at national, continental and international levels; and the past challenges, present trends and future prospects of Africa.

The pages of this book are replete with the dogged pursuit of Africa’s fundamental interests. They show Adebayo Adejeji’s trailblazing actions and initiatives for Africa’s economic, social and democratic developments.  Indeed, there are hardly any innovative economic ideas and programs for Africa that do not bear Adedeji’s indelible finger-print.

AMOS CLAUDIUS SAWYER is Head of the Governance Reform Commission of Liberia. AFEIKHENA JEROME is National Coordinator for the State Peer Review Mechanism within the Secretariat of the Nigeria Governors’ Forum, Abuja, Nigeria. EJEVIOME ELOHO OTOBO is the Non-Resident Senior Expert for Peacebuilding and Global Economic Policy at the Global Governance Institute, Brussels.