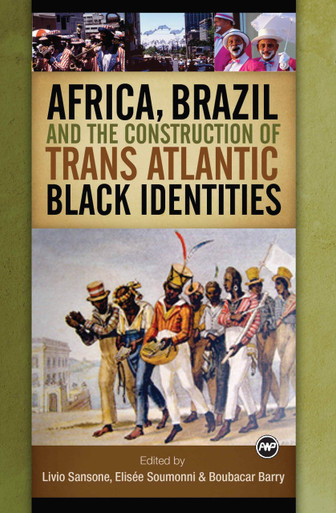 The flow of ideas about race, anti-racism and black or African identity across the Atlantic is the focus of this volume of essays drawn from a very special international South-South workshop held on the island of Gorée, Senegal, in December 2002, the aim of which was twofold.

First, it critically assessed the study of fluxes and refluxes, ruptures and reciprocal influences in the relations between the two shores of the Atlantic. Certainly, the relative lack of direct contact between Africa and the New World over the last century helps to explain why in Africa, as well as in Latin America, the debate over notions of race and ethnic identity has received more attention than the historical phenomena of civilization, métissage and the relationship of domination between the North and South. The workshop also scrutinized the agenda of the leading researchers of this field of study ('classic' scholars, e.g. Melville Herskovits, C. Anta Diop, Roger Bastide and Pierre Verger, as well as more contemporary scholars).

Second, the workshop aimed at creating a common field from which a number of topics for joint research projects on the double dimension Africa/Diaspora can emerge: how to reestablish direct South-South contacts across the Atlantic and bring to the Black Atlantic a Southern perspective, by broadening the scope of this notion and making it more cosmopolitan and genuinely transnational by trespassing the magic limits of the English-speaking world and confronting the colonial legacy of Spain, Portugal, France and the Netherlands in the New World. Such an attempt cries for new comparative studies, the methodology of which should be closely scrutinized under the light of our epoch characterized by a growing set of global ethnic icons, which make the distinction between local specificities and grand transnational ethnic or liberation projects increasingly difficult to pinpoint.

The thirteen contributors to the book write from different positions and perspectives, but focus on ideas in transit and the transit of ideas. The organizers hold firmly that, especially in the making and deconstructing of notions of race and of different races, little is as local as often celebrated. If this is always the case in the processes of racialization that have accompanied the making of the modern world more generally, it is even more pronounced in the context of black versus white relations, a context that comes into being through a gigantic international operation - the trans-Atlantic slave trade.

ABOUT THE EDITORS
Livio Sansone, PhD (Anthropology) is presently Associate Professor of Anthropology at the Federal University of Bahia and Head of the Graduate Program in Ethnic and African Studies as well as the Factory of Ideas Program. He has published extensively in the field of race relations, globalization, and youth culture in Suriname, the Netherlands, England, Italy and Brazil. He is the author of Blackness Without Ethnicity Creating Race in Brazil (2003).

Elisée Soumonni holds a Ph.D in History and has taught at universities in Nigeria, Bénin Republic, the UK, the US and Brazil. His research interests include the Transatlantic Slave Trade and the African Diaspora. Among his several publications are Afro-Brazilian Communities of the Bight of Benin in the Nineteenth Century: Some Reflections on the Brazilian Legacy in Dahomey and Lacustrine Villages in South Benin as Refuges from the Slave Trade.

Boubacar Barry is Professor of History at the Université Cheikh Anta Diop in Dakar - Senegal. He has taught in a number of universities in the US, Germany, France and Brazil. He is the author of several publications, including Le Royaume du Waalo, Maspero 1972, Senegambia and the Atlantic Slave Trade, Cambridge University Press 1998 and Senegambia o Desafio da História Regional, Centro de Estudos Afro-Asiáticos, Universidade Candido Mendes, 2000.