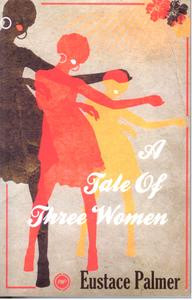 Set in Sierra Leone, West Africa, A Tale of Three Women is epic in scope , covering a span of about sixty years and touching upon the most important developments in that country’s recent history from about 1918 to the 1970s. It encompasses events such as the worldwide influenza epidemic, the Second World War, the preparation for independence, the achievement of independence, and the post-independence malaise. But all these serve only as a background against which Eustace Palmer deftly weaves the experiences of three very different women who were originally friends at a traditional sewing school, but whose fortunes take widely different turns through their different characters and the choices they and others make. In the process the novel becomes a penetrating study of the condition of women—women whose husbands are chosen for them; women who lack opportunity for advancement in a male-dominated world; women who are exploited, abused, and betrayed by men; women who are also capable of oppressing and betraying each other; and women who are capable of standing on their own and making it in spite of men.

This is a tale about friendship, class-consciousness and snobbery, betrayal, treachery, love, hatred, and death—a rich fabric into which the author cleverly weaves the customs and traditions of the Creoles  of Sierra Leone’s Western area, such as the ceremonies that accompany the various rites of passage like birth, weddings and funerals.   The subtle delineation of character and evocation of atmosphere make this densely textured but eminently readable work a fascinating tale.

A native Sierra Leonean, Eustace Palmer, one of the pioneer critics of African literature, has published one book on the English novel—Studies in the English Novel—and four on African literature: An Introduction to the African Novel; The Growth of the African Novel; Of War and Women, Oppression and Optimism: New Essays on the African Novel; and Knowledge Is More Than Mere Words: A Critical Introduction to Sierra Leonean Literature (jointly edited with Abioseh Michael Porter).  He has also published over sixty articles on English and African literatures. For several years, he was Associate Editor of African Literature Today and was President of the African Literature Association from 2006 to 2007. A Tale of Three Women is his first published novel.He currently teaches at Georgia College & State University where he is Professor of English and Coordinator of Africana Studies.