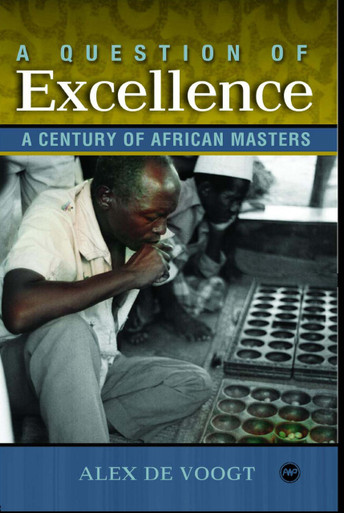 Many books are filled with thoughts on mastership, genius and excellence in games. Those players who excel in tournaments are featured in psychological studies or tested with computer opponents. The featured games claim a history longer than any treatise on strategy and a geographical distribution reaching to all the corners of the world.

Africans have shown excellence in board games. Players of African descent make up a history of intellectual accomplishments that has been thus far unnoticed in literature on African history as well as in works on cross-cultural and cognitive psychology.

These African players include world champions, prize-winning grand masters, blindfold players as well as experts in simultaneous and computer matches. This study suggests three criteria of excellence that allow for a better appreciation of the past and present players. It speaks of victories against strong competition, of brilliant moves and unique accomplishments. Following the history of games in Africa and the success of players of African descent, this book illustrates and explores these criteria. The author also argues that Africans showing excellence is not a new phenomenon but part of the history of competition and of a growing understanding of what defines excellence in play.

ABOUT THE AUTHOR
ALEX DE VOOGT is a researcher at the School of Asian, African and Amerindian Studies at Leiden University. His education includes African Linguistics (MA) and Cognitive Psychology (Ph.D.) at Leiden University. He has set up and co-edited the international Journal of Board Game Studies and has been initiator of the International Colloquia on Board Game Studies which have been held since 1995 at various universities. He has published his articles on African board games and their masters widely.