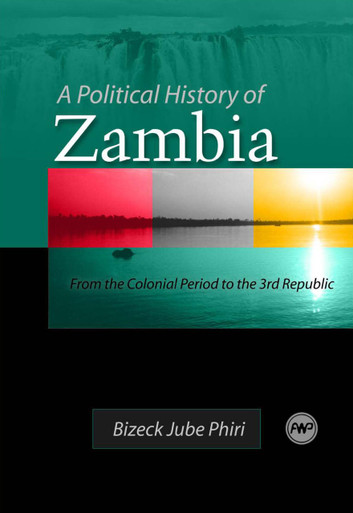 Utilizing a post-nationalist revisionist interpretation of the political processes and political developments, both for the colonial and post-colonial periods, Professor Phiri posits that contrary to the view held by many scholars that liberalism was a lost cause in Central Africa, and colonial Zambia in particular, there was actually a valuable contribution of multi-racial liberalism to the process of de-colonization of Zambia. The author examines the introduction of the one party state in Zambia and its role in the political history of the country and argues that the failure of multi-party politics during the First Republic, which lasted from independence in 1964 to December 1972, reflected the lack of preparedness during the colonial period for plural politics. The political machinery that was hurriedly put in place by the departing colonial officials was easily overlooked by African politicians who adopted the commandist styles usually used by colonial governors. The book notes, for example, that colonial rule was nothing but a clear manifestation of authoritarian dictatorship. In the context of Zambia, the regime was carefully called "one party participatory democracy.

The author further suggests that the reintroduction of multiparty politics in Zambia in 1990 was informed by both internal political developments and international developments including the collapse of the communist regimes in Eastern Europe. He notes that by 2001, when Zambia held the third multiparty elections, there were serious doubts regarding the future of the democratic project in Zambia.

The book provides a careful examination of Zambias "one party participatory democracy, focusing on its successes and failures. In conclusion, the author asserts that the problems and experiences of plural politics in the Third Republic were largely a reflection of the weakness of the opposition political parties coupled with the intransigence of the ruling political party. The book therefore argues that democracy in Zambia is under severe stress because of the multiplicity of political parties which make the ruling Movement for Multiparty Democracy (MMD) enjoy the status of a de facto one-party monopoly.