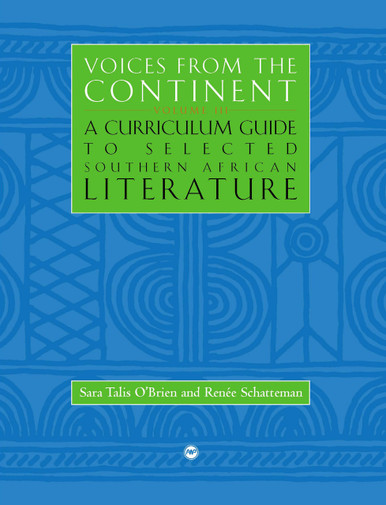 This curriculum guide provides anthropological and historical research as well as literary criticism on six narratives from Southern Africa: Nervous Conditions by Tsitsi Dangarembga, When Rain Clouds Gather by Bessie Head, Fools and Other Stories by Njabulo Ndebele, Six Feet of the Country by Nadine Gormider, and Mother to Mother by Sindiwe Magona. The background and critical materials are integrated into well-developed lesson plans, which include reproducible student handouts, teacher resources, and reading resources.

Voices from the Continent will be a useful guide for college professors and teachers of English and social studies on the high school level who seek to diversify the standard curriculum by introducing students to modern African literature written or translated into English.

The featured literary works are available in the United States and appropriate for use in a variety of courses with students at different reading levels. These literary works introduce a wide range of universal themes while simultaneously presenting the experiences of particular ethnic groups in different regions of Southern Africa.

The lessons contained in this guide may be used in whole in or part, and they may be integrated into larger units on world literature, cultural diversity, psychology, social studies, sociology, and womens studies.