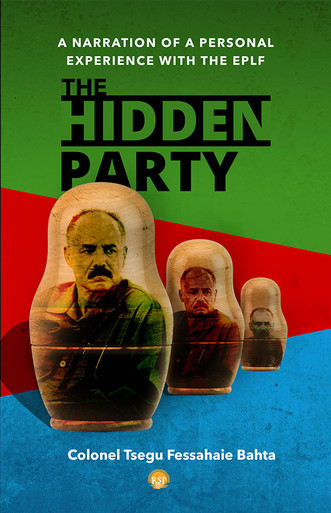 Colonel Tsegu Fessahaie Bahta has written an outstanding book, one that gives readers the background to horror stories of Eritreans being held hostage by human traffickers in the Sinai, or dangerously crossing the Mediterranean in unsafe boats, to escape the Isaias dictatorship in their homeland. The author does an excellent job in showing that the seeds of the current sickness were sown when the Eritrean People’s Liberation Front began administrating liberated areas, due largely to the determination of the so-called revolutionary vanguard to monopolize power in the hands of Isaias and his cronies. A freedom fighter and a senior administrator during and after the liberation struggle, Tsegu raises two important questions to which Eritreans have yet to provide satisfactory answers: (1) How did Isaias outsmart so many of his EPLF comrades to become a dictator, and (2) How could a nation that overcame Soviet-backed Ethiopian military offensives seem so helpless in the face of one-man rule?
—Georges Nzongola-Ntalaja, Professor, University of North Carolina at Chapel Hill

This graphic personal account of the clandestine party that ran the liberation front and the internal security branch that policed its members—Halewa Sewra (“shield of the revolution)—is valuable not only as a slice of hidden history but as a window onto the way power is exercised in Eritrea today, where little has changed but the personalities who surround one of Africa’s craftiest and most cold-blooded post-colonial leaders, Isaias Afwerki.
—Dan Connell, author

Drawing on his personal experience in the EPLF, Tsegu’s book is a wonderful read as well as an informative account of what unfolded within one of the most secretive and ostensibly disciplined liberation movements in the world. It is a work of poignant relevance which sheds light on what has been unfolding in the post-independence period.
—Gaim Kibreab, Professor London South Bank University

This impactful work chronicles countless stories from the lives of the freedom fighters in the Front in vivid detail, and will undoubtedly serve as powerful reference material to preserve the many momentous events and processes of this critical time in Eritrean history.
—John Tegeris, PhD, Managing Director, White Pelican Writing Group