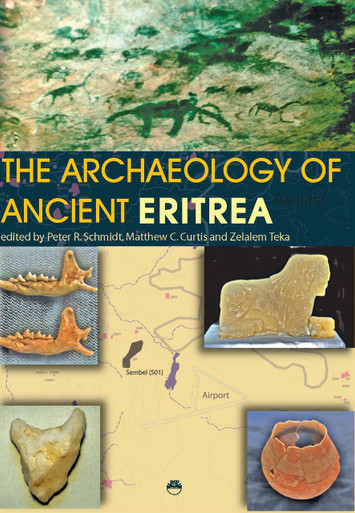 The Archaeology of Ancient Eritrea unlocks the ancient mysteries of the northern Horn long obscured by a dominant focus on other regions and a long liberation struggle that prevented archaeological inquiry for nearly four decades. This volume examines for the first time the early history of Eritrea from approximately 100,000 years ago up to 400 years before colonialism. A sweeping treatment of some of the most important archaeological remains in the ancient African world, this volume draws on groundbreaking research by young Eritrean scholars as well as American, British, and German investigators. Starting in 1996 with the development of archaeological training in Eritrea and the first archaeological surveys around Asmara, Qohaito, and the Red Sea zone, these post-liberation investigations have led to major, significant discoveries.

The studies encompass diverse topics ranging from early humans along the Red Sea to the development of an endogenous civilization around Asmara that marks the pathway to urbanism in the Horn. The Archaeology of Ancient Eritrea discusses important unpublished findings that reveal how animals and crops were raised and consumed, how ritual life and belief systems played out over more than 2000 years, and how cultural complexity developed in the Eritrean highlands before, during, and after the rise and fall of Aksum. Classical era sites such as Qohaito, Matara, Keskese, and Adulis are discussed within the broader setting of other ancient places in Eritrea and the Horn, with the conclusion that local developments far outweighed foreign influences from places such as the kingdom of Saba in todays Yemen.

ZELALEM TEKA is a Lecturer in Anthropology and Archaeology at the University of Asmara and is currently a PhD students in the Anthropology Department, University of Florida. His research has previously focused on the rock art of Eritrea. He plans to conduct research on the rise of complex societies in southern Eritrea for his PhD.