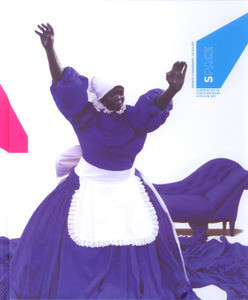 This is a catalogue of artworks and essays that formed the exhibition Space: Currencies in Contemporary African Art.  Curated by Thembinkosi Goniwe and Melissa Mboweni, the exhibition was held at museum Africa in Newton, Johannesburg from 11th May to 11th July 2010.

Space featured 25 artists, 4 art collectives and 6 writers whose work provided creative and intellectual dialogue, which in personal and intimate ways animates imaginative and reflective engagement with social matters and human experiences in contemporary Africa and the Diaspora.