SEMBENE: Imagining Alternatives in Film and Fiction, by David Murphy 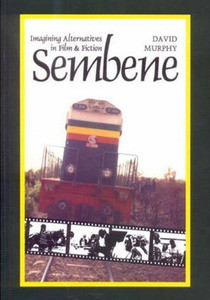 SEMBENE: Imagining Alternatives in Film and Fiction, by David Murphy

Senegalese writer Sembene Ousmane, who makes films under the name Ousmane Sembene, is one of the major figures of African literature in French and one of Africa’s foremost film directors.

This is the first study to give an overview of his work in fiction and on screen. In this book, Murphy argues that Sembene “imagines alternatives” to the dominant narratives of Africa and Senegal in particular and proposes his own counter-narratives in a radical re-interpretation of African history and culture.

Focusing on the themes of the representation of the African city, animism, the role of African women, colonialism and neo-colonialism, this book sets out to define the nature of Sembene’s radical vision, assessing its value and its limitations as part of a social discourse of liberation and resistance in Africa.

“Anyone interested in African literature and film in general or in Sembene in particular will want to read this book.”

--Clive Wake, formerly Professor of Modern Languages, University of Kent at Canterbury and an English language translator of works by Sembene

David Murphy was formerly a lecturer in French at Trinity College, Dublin, and is now at the University of Stirling.