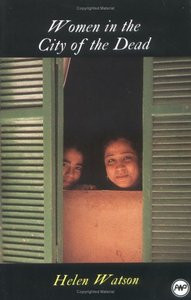 The 'City of the Dead' is a vast and ancient cemetery close to center of Cairo which has gradually become a permanent home for thousands of migrants from the countryside. For many of the women, though still living in poverty, migration has brought a change of role. The demands of men are still the determinant force, but the women, in their new non-traditional setting, have much greater control over their own lives, as the exclusively female gatherins which form the setting for this book clearly show.

ABOUT THE AUTHOR
HELEN WATSON, a Fellow in Anthropology at St. John's College, Cambridge, has spent long periods inside this world, where autobiographical narration and fictional story-telling are routine social pastimes. She transcribes the stories and introduces the tellers and their society.