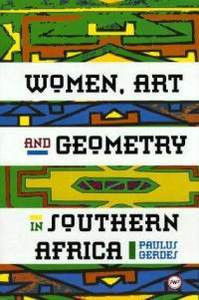 Women, Art and Geometry in Southern Africa received "Special Commendation" in the 1996 Noma Award for Publishing in Africa. The book was praised by the jury for "combining in an indigenous way the study of geometry with that of the visual arts, presenting an important challenge and stimulant to the future of mathematics in relation to gender and race, and erases the borders between mathematics and popular culture as experienced in the work and crafts of women in South Africa. The book's importance lies in its prospective impact on the education of African women in mathematics."

Africa needs to awaken and nurture its magnificent creative potential. African women, constituting half of the population, are strongly under-represented in scientific and technological careers where mathematics plays an important role. Women themselves appear to lack the confidence to take up studies in the science fields that have been considered male domains in Europe and throughout colonial Africa. Ironically, however, outside this context, Southern African women have traditionally been involved in cultural activities - such as ceramics, beading, mural decoration, mat and basket weaving, hair braiding, tattooing, string figures - which bear a striking artistic and mathematical character.

The main objective of the book is to call attention to some mathematical ideas incorporated in the patterns invented by women of Southern Africa. An appreciation of these mathematical traditions may lead to their preservation, revival and development. Use of female art traditional forms has implications in the field of mathematics education.

ABOUT THE AUTHOR
PAULUS GERDES , a Mozambican scientist, is a professor of mathematics at Mozambique's Universidade Pecdaogica, where he was rector of the University from 1989-1996. He was the 1986 chairman of Commission of History of Mathematics in Africa and from 1991 to 1995 was the Secretary of the Southem African Mathematical Sciences Association. He has published several other books on mathematics and mathematics education in Africa.