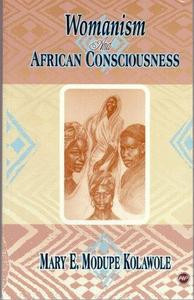 This book is a comprehensive study of the African woman's cultural, societal and political audibility. Through an in-depth historical critique of indigenous oral and written genres by and about women, the author challenges the accepted notion that African women are "voiceless" members of society. At the base for her study is the concept of "womanism" - an ideology which she defines as the "totality of feminine self-expression, self retrieval, and self assertion in positive cultural ways." This methodology reveals hidden areas of audibility and calls for a new generation of writers who will create a global consciousness about the realities of the African woman and women of African descent. The issues discussed are important and relevant to current dialogue among critics of feminism. Her conclusions, particularly on the issue of the "invisibility" myth and its origins, are well supported. Tracing the development of the portrayal of women in literature in a comprehensive and cohesive manner, the author concludes that African women writers are not passive to their condition - they are not "voiceless." She recommends a dialogic approach to modern criticism in order to accommodate all approaches to the African Woman's self-definition. A high level of consciousness, she asserts, is central to self-recovery for the African woman and can be attained through African Womanist ideology.

ABOUT THE AUTHOR
MARY E. MODUPE KOLAWOLE, born and raised in Kwara State, Nigeria, earned her Ph.D. in theory of African Literature in 1985 from Ahmadu Bello University in Zaria, Nigeria. Dr. Kolawole has been a Rockefeller Fellow in African Cultural and Gender Studies at Cornell University's African Studies and Research Center and a Commonwealth Visiting Fellow at the University of Kent in Canterbury, Kent, U.K. She is currently a senior lecturer in Literature and Women's Studies at Obafemi Awolowo University, Ile-Ife and editor-in-chief of the journal Gender and Development in Africa.