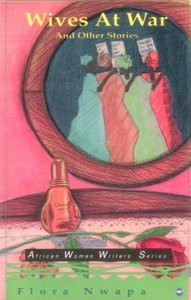 From Flora Nwapa comes another collection of absorbing short stories centered around women. Common to all stories is the involvement of women in all kinds of wars.

First, we see the variety of experiences different kinds of women underwent in the Nigerian civil war. We see the militant leaders of Biafra's women's organizations waging war against the bureaucracy which denied them an opportunity to represent their country abroad. We also see women who hate the war, are indifferent to the politics and are concerned only with the survival of their families. There are others prepared to sacrifice everything they have to prevent their relations being conscripted into the army.

Some of the stories focus on other kinds of wars; Adaeze is at war with tradition which demands she stay in the village and have children for her father; Yetunde fights against racial prejudice to maintain her relationship with a white man. Ever present and dominating is the war between the sexes: Amma and Adaku try to fight hard for their rights in their marriage and affairs. The mood in the stories varies from comedy to tragedy, from satire to drama but all reveal a compassionate insight into plight of women fighting heroic wars.

ABOUT THE AUTHOR
FLORA NWAPA is Nigeria's first woman novelist, author of the highly praised Efuru, Idu, This is Lagos and Other Stories, Women are Different, Never Again and One is Enough.