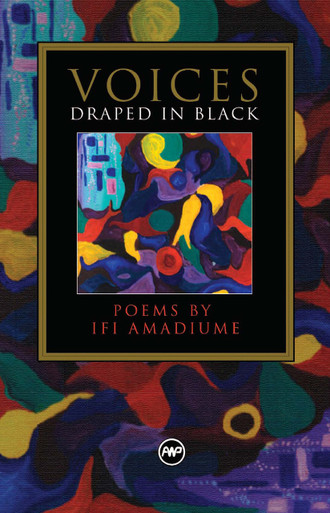 This new collection contains poems written intermittently from the 1980s to the present, celebrating activism and activists, known and unknown, women and men, and the spirit of struggle. Some were assassinated, while some are still alive and some have since passed away. They all have left behind a strong legacy of their commitment and courage.

Whether soft or sharp, Ifis voice is always clear, illuminating, and inspiring.

In this new anthology, soon after the publication of her evocative Circles of Love, Ifi Amadiume ranges almost effortlessly across a multitudinary landscape of ideas that reminisces on, celebrates and interrogates some of the most pressing political and cultural issues of our time. Exquisite.

"Ifi's poems speak of an African humanity, commitment to struggle, praise of African activists both living and those who have fallen, the suffering of war, poverty, underdevelopment inflicted on people, and nature's mysteries. Her voice is draped in human warmth driven by love, a rage motivated by demand for justice for the wretched of the earth, stinging irony, sadness, pain and that recognizable African sense of integrity and dignity."

ABOUT THE AUTHOR
IFI AMADIUME is a poet, scholar and essayist. Born in Nigeria, she had her higher education in Britain where she lived with her two children before moving to America in 1993. Her poetry reflects her complex experiences spanning three continents. She has published three poetry award-winning books: Passion Waves (London: Karnak House, 1985); Ecstasy (Longman Nigeria, 1995) and Circles of Love (Trenton, NJ: Africa World Press, 2006). An outstanding book-award scholar, she is a Professor of Religion and Faculty in the Department of Religion and the African and African American Studies Program at Dartmouth College.