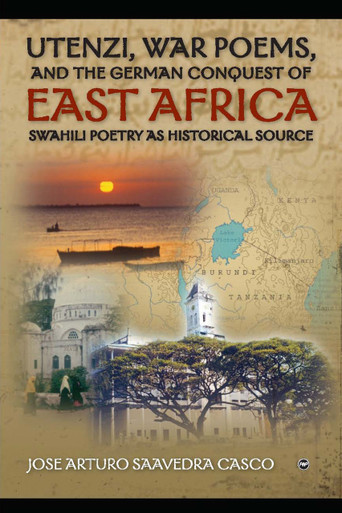 This book examines Swahili narrative poetry that in spite of being available in published editions for many years, has not previously been studied from an historical perspective. The poems were written on the eve of the First World War by the authors who were all residents of the Swahili coastal towns of mainland Tanzania- formerly Tanganyika Territory. This poetry narrates the stories of episodes in the wars of conquest, fought between the German colonial forces and indigenous Africans. Most of the poems belong to a literary genre known in Swahili as utenzi, whose oldest preserved samples date from the eighteenth century. This genre originally depicted epic themes linked with the prophet Mohammed and the heroes and martyrs of the Muslim faith. The poems were first preserved only by oral means, being subsequently recorded in manuscript form in the Arabic script. This poetry was recited in public during local religious festivities, or on other civic occasions. During the nineteenth century this poetic style was increasingly applied to philosophical and didactical subjects, and by the second half of the nineteenth century the first historical poem was written in Mombasa. The German conquest of East Africa is the event that has inspired more poetic works of this kind than any other event in the modern history of the region. Among the poets were those who depicted the horrors of the war, but others were enthusiastic in their praise for the establishment of the German rule.

The book includes a study of the historical context in which the poems were produced, and the social origins of the poets who composed these works. This enables the reader to understand better the opinions and views expressed in the poems. The study proposes that this kind of historical poetry represented a unique, indigenous manner for the transmission of historical accounts of the conquest from the perspective of the Swahili, and not simply a repository of facts already registered and discussed by Western scholarship.

ABOUT THE AUTHOR
JOSE ARTURO SAAVEDRA CASCO holds a PhD. in African History & Swahili Literature from the School of Oriental and African Studies (SOAS), University of London. He has published several articles in Latin America, Germany, USA and Tanzania, about historiography, African history and Swahili poetry as a historical source. His current research is about the study of social contents in Swahili Rap and hip-hop music from Urban Tanzania. He is currently a member of the academic staff of the Centre of Asian and African Studies at El Colegio de Mexico, Mexico City. He is also a member of the Mexican National System of Researchers (SNI).