UBUNTU FOR WARRIORS By Colin Chasi 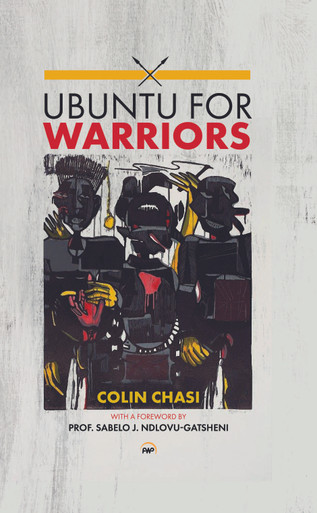 UBUNTU FOR WARRIORS By Colin Chasi

Colin Chasi’s riveting book overturns commonly held epistemological premises of the philosophy of ubuntu. Chasi goes further to uncover and position ubuntu as a resource for counterhegemonic struggles. It is a must read not only for all those interested in taking African philosophy but also and especially for all those warriors involved in moving African epistemologies to the centre.

Since the birth of democracy in South Africa, the concept of Ubuntu has helped cohere a new sense of citizenship and social responsibility. Chasi brings his unique perspective to this forensic analysis of the moral philosophy of Ubuntu and redefines what it means to be a warrior for social justice and change.

Colin Chasi’s Ubuntu for Warriors is a bold and innovative contribution to our theoretical imagination of humanism in the discourse of ubuntu. It convincingly argues that the virtue of courage necessary in contexts of war and political struggle is an essential aspect of what it means to be human, which aspect the literature on ubuntu has largely overlooked.

Chasi’s theoretical re-working of ubuntu is tested against the complex and varied profiles of five African historical figures who are all seen as warriors: Shaka, Nelson Mandela, Winnie Madikizela Mandela, Desmond Tutu, and Kenneth Kaunda. The main contribution of the book, thus, is to rescue ubuntu from the one-dimensional philosophical strait-jacket long imposed on it in normative readings.

Colin Chasi is a philosopher of communication, which he regards to be a mode of being. His critical and appreciative work is from the vantage of what he terms Participation Studies—a perspective that derives from the moral philosophy of ubuntu. He is Director, Unit for Institutional Change and Social Justice, University of the Free State.