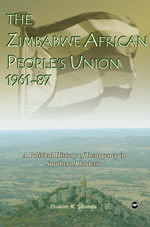 Formed on December 17, 1961, Zimbabwe African People’s Union (ZAPU) became the first revolutionary, national, movement to explicitly call for majority rule on the basis of one-man, one-vote. During the early years of its struggle, it employed non-violent means to try and achieve its goal for majority rule and a non-racial society. Because of the belligerency of the white settler regime, however, ZAPU added armed resistance to its strategy of non-violence and went on to build a formidable army.

During the struggle, ZAPU contributed diplomatically and militarily towards the liberation of Zimbabwe. In 1980 it lost elections to its compatriot part, the Zimbabwe African National Union (ZANU) but joined the government at the invitation of the latter. The marriage of convenience between the two parties dissolved in less than three years, and what followed was the unconscionable persecution of ZAPU members and the AmaNdebele, the people who formed the core of ZAPU, by ZANU in its drive for a one-party state. The party’s resistance of intimidation and violence for more than five years, helped foster a climate of political pluralism in the country, the climate that was further enhanced by some of its own members’ theater performances.

Tired of being hunted down and seeing its own members butchered, the ZAPU leadership decided to merge its party with the ruling party on December 22, 1987. This book is a political history of ZAPU from its founding--its diplomatic and military struggles, its fight for democracy after formal independence in 1980--to the time it merged with the ruling party in 1987.