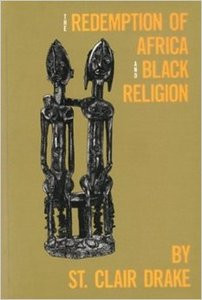 The people of the Black Diaspora, uprooted and thrown into the New World and melting pot, have had to grapple for centuries with the problem of how to preserve their dignity and self-esteem in situations where white men held them in slavery, and, then, when emancipation came, refused to accord them the full status of free men and women. They knew they were Africans and "of African descent," but white men invested the name of Africa with attributes that brought on feelings of shame. Compensatory beliefs back up by convincing authority--great myths, the source of every people's deepest strengths--were needed to bolster their self esteem.

Black people under slavery turned to the Bible to "prove" that a black people, Ethiopians, were powerful and respected when white men in Europe were barbarians. Ethiopia came to symbolize all of Africa; and throughout the 19th century, the "redemption of Africa" became one important focus of meaningful activity for leaders among New World Negroes. Its force is now almost spent, but "Ethiopianism" left an enduring legacy to the people who fight for Black Power in the Twentieth Century, and some of its development needs to be understood.