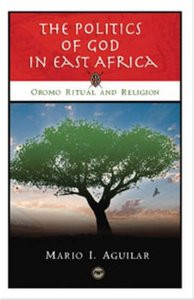 This volume, with a preface by Paul Baxter, outlines some of the central themes of the study of the Boorana, the central ritual group of the Oromo in East Africa. The aim of this work is to highlight the importance, variety and richness of Oromo ritual through essays that cover history, initiation, knowledge, identity, divination, intention, ritual performance, dance, memories, post-coloniality, the role of children, and the particular social life of the Oromo in the towns of Garba Tulla and Isiolo in eastern Kenya.

This collection of essays continues the line of research on Oromo studies, that started in earnest in 1994 when a group of Oromo and Western scholars met in Gothenburg to discuss issues of Oromo history, identity and change. Issues of ‘being and becoming Oromo’ outlined a new agenda of research in what became later an ever-growing number of research projects that tried to understand a variety of ways of being Oromo in Ethiopia, Kenya and within the European and North-American diasporas.

This collection of essays challenges the possibility of ritualized forms that are non-political and the understanding of Oromo politics without the importance of ritual forms, symbolic existences and an ongoing creativity not only to challenge any other political hegemony but the possibility of essentializing Oromo studies. These essays draw on previous work by A. Legesse, P.T.W. Baxter and M. Hassen suggesting strongly that different perspectives on Oromo studies cannot be seen as contradictory but as complementary. Thus, Oromo religious diversification is an expression of Oromo creativity and vitality rather than a contradiction and Oromo creativity expresses the strength of Oromo history and social identity rather than the failure to secure socio-historical institutions.

Following from his previous work, mainly Being Oromo in Kenya, Mario Aguilar stresses the conflict and creativity expressed by different Oromo generations that not only treasure their identity as Oromo but also find the necessary social creativity in order to re-invent their place within a post-colonial and post-independent East African world. These essays not only provide creative ways of researching identity but also assert the central role of the Oromo and the scholarship provided by Oromo scholars within an ever-changing world of East African religion and politics within the 21st Century. Thus, these essays become a research agenda by re-assessing past scholarship and ongoing socio-political changes in East Africa.