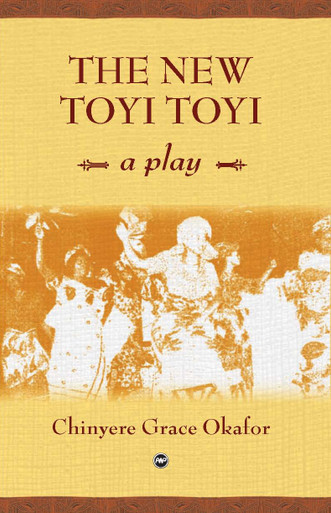 The New Toyi Toyi draws from research on Swazi, Southern African, and African cultural life. It was inspired by the quest for solutions to Africas problems conceptualized as disease in the play, the need to seek for answers in African cultural strengths that have sustained life on the planet for centuries, and necessary but careful connection with the global world. The play was well received during its performance in Swaziland and had good press reviews.

Despite the Sarafina II fiasco, the HIV/AIDS debate is too important for South Africas future to be left to pharmaceuticals and multinationals, on the one hand, and to government, on the other handWe must produce writers, journalists, analysts and commentators who will be above parroting the Mail and Guardian, the voice of big business and white enterprise outrageously trying to pass for the voice of mass struggle. Writers will have to delve into the fray in (de)constructive, corrective ways. On this most critical of subjects the only drama text I have read is The New Toyi Toyi set in Swaziland .

Chinyere Okafor has not hesitated to tackle an interrelated mixture of explosive themes in her earnest and sincere new play, The New Toyi Toyi. Set in a contemporary Southern African nation, her drama explores issues of male dominance, rape, ignorance, AIDS, and female rebellion, all pursued in a panoramic style embracing song, dance, poetry and ritual. With this offering, Ms. Okafor adds to her rising stature as one of Africas most promising contemporary writers.

Now, the land is sane,/ as people confess the disease,/ And vouch to fight the evil thing.
The New Toyi Toyi is a powerful play, not just because of the timeliness and progressiveness of its message. The variety of techniquesuse of chants, dance, verse monologues, foil characterization, subtle suspense, rapid pace of eventsand interesting use of local idioms and potent imagery invest this play with telling finesse.

Lucy Dlamini
Writer and Professor of English, University of Swaziland

excellent poetic language The action and language is culturally specific but translates easily. I felt the action was of its culture but I was part of it within the larger culture.

ABOUT THE AUTHOR
CHINYERE GRACE OKAFOR, poet, playwright, and fiction writer teaches at the Department of Womens Studies and Religion, Wichita State University. She obtained her degrees from Nigeria and Great Britain and did postdoctoral work at Cornell University. Her national and international awards include two Humanist-in-Residence Awards in 1992, a Writer-in-Residence Award at the Rockefeller Center in Bellagio, Italy in 1998, four Association of Nigerian Authors Awards and Honors in 1994, Literature of Africa Award in 1966, and a Global Learning Award in 2004. Other works by the author include: He Wants To Marry Me Again and other Stories, The Lion and The Iroko (a play), From Earths Bed Chamber (poems), Campus Palavar and Other Plays, and others in journals and magazines.