THE MARVELS OF THE AFRICAN WORLD: Africa, New World Connections, and Identities, Edited by Niyi Afolabi 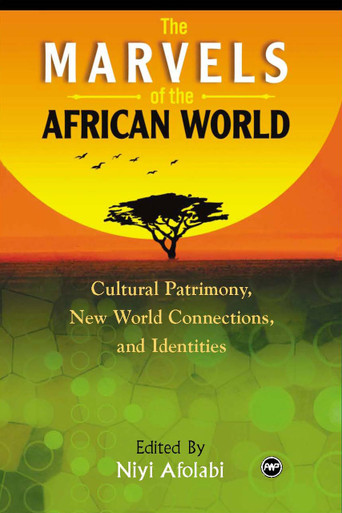 THE MARVELS OF THE AFRICAN WORLD: Africa, New World Connections, and Identities, Edited by Niyi Afolabi

This book examines the cultural and spiritual connections between Africa and the New World where values continue to survive, thrive, and reverberate in the soul, politics, and creative expressions of Africa. Drawing from an underlying theme of shared heritage, belonging, and kinship, the essays in this book represent a multi-dimensional and multi-vocal attempt to recuperate a culture that crosses borders while retaining age-old traditions and negotiating shifting identities in new locations.

The contributors to this rich volume rely on the alters of memory and imagination and with a strong appreciation of the experiential and ideological consciousness that this implies. They dwell on issues as far-flung as hip-hop aesthetics and magical realism.

The variety found in these essays is most welcome. They explore innumerable issues concerning Africa and its Diaspora, a question of conflicts: African presence in the West being denied and its contributions being altered or manipulated to suit the hidden agenda of the imperialists. A question of continuities: African cultural manifestations in Brazil, Cuba , Haiti, Panama, the United States being explored by scholars who recognize the affinity and the necessity to remind benefactors that the beneficiaries cannot be disrespected or disregarded or silenced. A question of convergences: African cultural patrimony, on both the ancestral continent and in the Diaspora, being highlighted as valid whole, as proof that, contrary to post-modernist postulations, the Black race still has a whole world in common.

This book demands reflection on the notions of culturehowever definedand on the word patrimony as it applied to the work at hand. It is inscribed in the effort generated in (re)claiming ones heritage, ones cultural patrimony ostensibly lost in the bleakness of centuries of disruptions.

ABOUT THE EDITOR
NIYI AFOLABI teaches African and African Diaspora literatures and cultures at Tulane University, New Orleans. He is the author of Golden Cage: Regeneration in Lusophone African Literature and Culture and co-editor (with Donald Burness) of Seasons of Harvest: Essays on Literatures from Lusophone America.