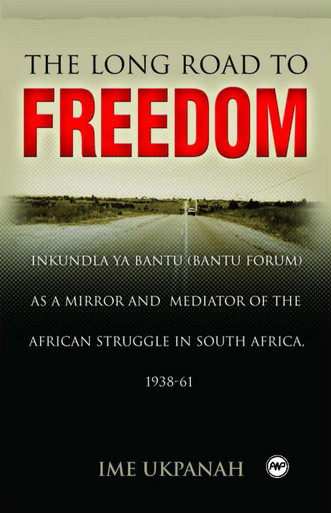 Inkundla ya Bantu played a significant role as an alternative newspaper in forging a new course for the African nationalist struggle in South Africa during the 1940s. The direction of African political discourse changed during this decade from petionary protest to non-violent resistance. Inkundla, for example, served to mediate the African nationalist movement, but the newspaper was a contradictory voice in the struggle to promote a counter-hegemonic discourse in South Africa. On the one hand, Inkundla sought to represent the subjugated African population in ordering a protest agenda that would unify the resistance movement, and it was also a medium used by the Congress Youth League to challenge the cautious and accomodationist ANC leadership. On the other hand, the newspaper framed a discourse of consensus for the African petite bourgeoisie.

The debate over the Congress Youth Leagues relationship with oppositions groups outside Congress involved primarily the Communists. But the Nationalist Party victory in the 1948 election and the adoption of apartheid as official government policy overshadowed the CYL-Communists differences. By the eve of the Defiance of Campaign, they had successfully placed its members in leadership position within the ANC. The CYL accepted a material and class analysis of society and were willing to cooperate with the Communist and other protest groups.

Ikundla ya Bantus unique role in such nationalist struggles in South Africa is carefully and fully explored in this book.

Ime Ukpanah has made a significant contribution to the scholarly literature on African politics and its press. Inkundla ya Bantu (1938-1951) was the last independent, African-owned-and-operated journal of opinion in South Africa before the apartheid era. As such, the newspaper would help concretize the ideas, interests and concerns of African nationalists throughout the sub-continent. This is an excellent piece of primary research that deserves attention from journalists and media scholars as well as specialists in South African Studies.

ABOUT THE AUTHOR
IME UKPANAH is Assistant Professor of African History at the West Campus of Arizona State University where he teaches courses on Africa and African American history, nationalism and the history of racism. His other publications include articles and two volumes of an anthology, Understanding the Black Experience: A Reader in Africana Studies.