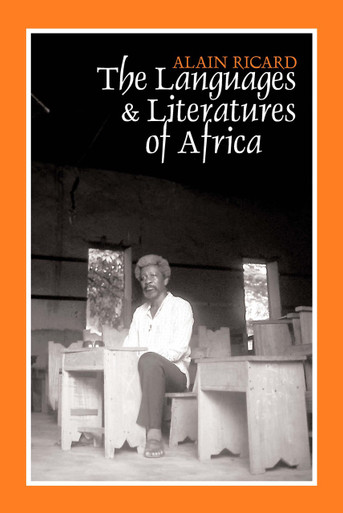 This book examines the dialogue between literatures written in different languages: Thomas Mofolo wrote Chaka (1926) in Sesotho and Sol Plaatje wrote Mhudi (1931) in English, but their novels should be read in counterpoint. The same could be said of Senghor and Soyinka, involved in a conversation on Africas future that lasted for several decades.

Many African writers use more than one language: Okot pBitek (Acoli and English), Ngugi wa Thiongo (Gikuyu and English), Amadou Hampâté Bâ (Fula and French), Alexis Kagame (French and Kinyarwanda). This book focuses on linguistic consciousness and the place of language in the writers consciousness, providing an original treatment of the African literary situation. It expands and updates the original French edition which has been so widely welcomed.

Alain Ricard is the foremost scholar of African literature in France. This book confirms his eminent stature in the field and brings a new dimension to his earlier work. It is not only a summation of a life long devotion to an understanding of the various aspects and articulations of the corpus, but also the most comprehensive study today of the African imagination in its full formal and expressive range.

This study is a critical synthesis of a wide range of research in the field and as such is both very valuable and lacking direct competition. It is an excellent account of the relevant literatures from all over Africa in a way that has not been attempted before.

-Clive Wake
Emeritus Professor of Modern French and African Literature at the University of Kent, Canterbury.