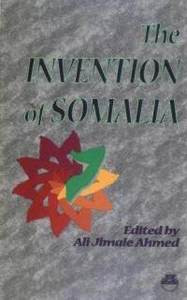 The Somalia civil war had caught many people by surprise. How was it possible that a nation that had so much in common-- or so it seemed --could suddenly "snap" and easily descend into such a fratacidal binge and mayhem? What had become of Somali "national character" that was enshrined in the antional lore and propagated in books by both Somali and non -Somali scholar? How did "homogeneity," stubbornly and unbeknownst to anyone, degenerate into the worst forms of mosaic fiefdoms? This book is the first real attempt by scholars on Somalia to identify and analyze the basic assumptions which had informed the construction of the now debunked Somali myth. The authors do not only suggest alternative ways of seeing and intrpreting existing data, but also initiate and propose new ways of reading Somali past and present. This new way of reading is not born on the heels of the disintegration of the Somali state. Rather the seminal thesis of the book-- that Somalia had indeed come to a sticking place both in terms of ideas and of state power --has its origins in a paper read at the University of Southern California (USC) in 1983 by one of the book's authors.

ABOUT THE EDITOR
ALI JIMALE AHMED, (Ph.D., UCLA) teaches comparative literature at Queens College and the Graduate Center of the City University of New York. He is also the president of the Somali Studies Association of North America.