THE GREATER KEY OF SOLOMON 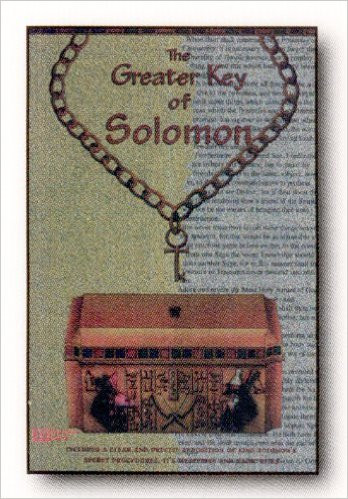 THE GREATER KEY OF SOLOMON

The Key of Solomon, save for a cultailed and incomplete copy published in France in the seventeeth century, has never yet been printed, but has for centuries remained in Manuscript form inaccessible to all but the few fortunate scholars to whom the innermost recesses of the great libraries were open. The fountain-head and storehouse of Qabalistic Magic, and the origin of much of the ceremonial magic of Midieval times, the "Key" has been valued by Occult writers as a work of the highest authority.

I see no reason to doubt the tradition which assigns the authorship of the "Key" to King Solomon, for among others Josephus, the Jewish historian, especially mentions the magical works attributed to that monarch; this is comfirmed by many Eastern traditions, and his magical skill is frequently mentioned by the Old Adepts.

Samuel Liddell (or Liddel) "MacGregor" Mathers, born as Samuel Liddell (January 8 or 11, 1854 - November 5 or 20, 1918), was one of the most influential figures in modern Occultism. He is primarily known as one of the founders of the Hermetic Order of the Golden Dawn, a ceremonial magic order of which offshoots still exist today. Mathers died on November 5 or November 20, 1918. The manner of his death is unknown; his death certificate lists no cause of death. Violet Firth claimed his death was the result of the Spanish influenza of 1918.
CATEGORY
Theology, Archaeology, History, AFRICA