The Golden Apple: Changing the Structure of Civilization - Anthology By Edgar J. Ridley 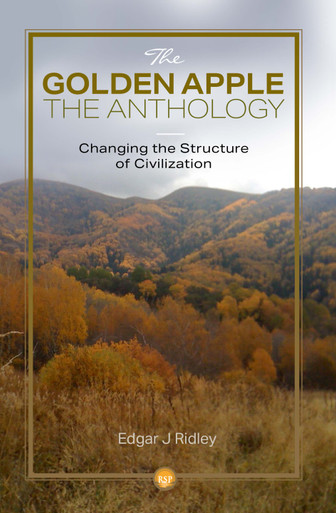 The Golden Apple: Changing the Structure of Civilization - Anthology By Edgar J. Ridley

This book is the compilation of the author’s series examining the impact of symbols on human behavior.  Edgar J. Ridley has exploded the landscape of the behavioral sciences by presenting, over five decades, a body of work that examines the impact of symbolism and symbolic thought on humanity.

This anthology incorporates the entire series of The Golden Apple: Changing the Structure of Civilization – Volumes 1, 2 and 3.  Throughout these three volumes, Ridley emphasizes that symptomatic thought and behavior are the preferred approach to living in the world.  Ridley’s research throughout the three volumes contained in this anthology covers the behaviors of early man, in antiquity, on through to our present-day decision-making.  Edgar Ridley maintains for all time that only symptomatic behavior can be the catalyst for solving the world’s most perplexing problems. Ridley’s conclusions are timeless and impeccable – whether he is highlighting the inherent racism that informs all areas of people activity, from health disparities among Black and Brown people to the NIH’s resistance towards funding the research of African-American scientists, to our global political landscape that threatens the very well-being of all populations.

EDGAR J. RIDLEY is Chairman of a global management consulting firm, Edgar J. Ridley and Associates, based in New York. He has published five books, An African Answer: The Key to Global Productivity; Symbolism Revisited – Notes on the Symptomatic Thought Process; The Golden Apple: Changing the Structure of Civilization – Volume I; Volume 2 – Evidence of Symptomatic Behavior; and Volume 3 - Aftermath. His research interest focuses on cognitive semiotics and the effect of symbol systems on human neurological processes as well as the damage that symbol systems have caused to human behavior throughout civilization.