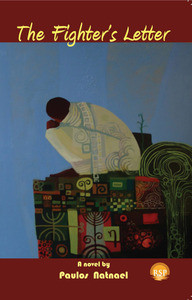 The fighter’s Letter” was conceived from a single incident that occurred in the early 1990s. The theme is the Eritrean independence war in general and its huge psychological, political, and social implications on the people of Eritrea; the vast migration of people, unheard of before in the region, driven by the madness of war; the unintended consequences of that migration including culture shock which destroys lives, drives some to suicide, abuse of alcohol and drugs, and other social ills. And, finally, the civil war and its social and psychological consequences, and the social upheaval it caused in the traditionally conservative Eritrean society.

The fighter’s Letter starts with the story of a young man pursuing his dreams of a higher education to Ethiopia’s premier university, Haile Selassie I, in Addis Ababa, only to end up a year later in America, a foreign land. The young university student immediately began suffering extreme culture shock, the consequences of landing in a strange, unfamiliar territory, literally and figuratively speaking. Broadly, it tells the story of an extended family’s participation in the Eritrean revolution, the fates of several of the family members, siblings as well as cousins, and their own struggles in life in Eritrea under the brutal military regime or fighting the same in the field, and later in the Sudan and the United States of America, in exile far away from home. The book also tells a parallel story of deception born out of intense desire to leave debilitating poverty and depravity in Ethiopia, in order to make ones’ dreams and the dreams of loved ones come true in America.

PAULOS MICAEL NATNAEL was born in 1956 in Asmera, Eritrea. He spent his formative years in Asmera as well as in Addis Ababa, Ethiopia. He migrated to the United States in 1984 and attended college in a mid-western state earning his B.S. in engineering in 1990. He has worked as a patent examiner since 1998. Paulos is married and has two children.