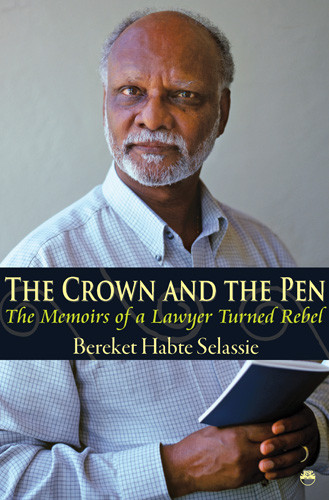 This memoir recounts the extraordinary story of a man straddling two worlds—a progressive lawyer and high-ranking official of the government of Emperor Haile Selassie who struggled for justice within an archaic system.

It is also the story of a man who has been touched by and in turn made his share of influence in some of the major events and developments of Ethiopia, Eritrea and the rest of Africa as well.

A renowned academic, a pan-Africanist activist, a politician, an engaged revolutionary and a passionate nationalist, a lawyer and politician, Bereket Habte Selassie’s narrative is a mesmerizing read of events and people that have marked the last 50 years of African history.

Dr. Bereket is a man for all seasons: he survived the court intrigues of Emperor Haile Selassie, took part on the pan-africanist formations of the 1950s and 60s, defied potential death at the hands of a military junta, joined a revolutionary front to fight for Eritrea’s independence, and helped to write the constitution of the new nation.

Modern African history cannot be complete without proper recognition of the revolutionary role of African intellectuals. Bereket is just such a revolutionary figure as exemplified by his multiple roles as a man of letters, politician, and activist. Through out he has also flourished as a family man and a highly sought after academic.

ABOUT THE AUTHOR
BEREKET HABTE SELASSIE is the William E. Leuchtenburg Distinguished Professor of African Studies and Professor of Law at the University of North Carolina at Chapel Hill. He was Chairman of the Constitutional Commission of Eritrea (1994-1997).